The Best Horror of the Year, Volume Six 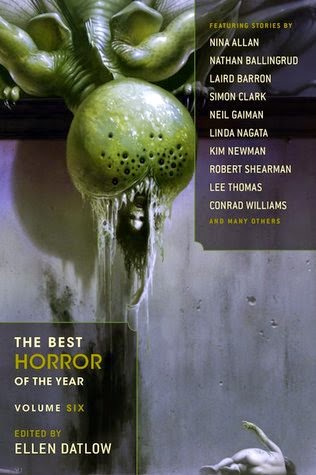 "The body is a place of violence. Wolf teeth, amputated hands. Cover yourself with a cloak of leaves, a coat of a thousand furs, a paper dress. The dark forest has a code. The witch sometimes dispenses advice, sometimes eats you for dinner, sometimes turns your brother to stone." So writes Jeannine Hall Gailey, in her prose poem, "Introduction to the Body in Fairy Tales," one of the may fine selections in The Best Horror of the Year, Volume Six, edited by Ellen Datlow.

That passage is very representative of the work displayed here, much of which displays a simmering evil beneath the surface. What's scary is not so much what it detailed, but what is left out. I suppose you could call this creepy, but it's also a presentation of craft. I think of "The Good Husband," by Nathan Ballingrad, about a man who keeps his wife "alive," even while she is decomposing. Or "The Dog's Paw," by Derek Kunsken, about a village of Africans who are gaining canine limbs. Or "The Anatomist's Mnemonic," by Priya Sharma, about a man who has a thing for hands.

As I flip through the book, almost all of the 23 stories have something good to offer. I think the strongest ones are the longer, almost novella length ones. "Jaws of Saturn," by Laird Barron, has a great opening line: "'The other night I dreamt about this lowlife I used to screw," Carol said." Later, he manages to describe the lighting of a cigarette in a way I've never seen before: "Franco flipped open his lighter and set fire to a cigarette." The story concerns a mob tough guy who goes head to head with a warlock, and loses badly. I was captivated by the first half of the story, but it gets far too disorienting by the end.

"That Tiny Flutter of the Heart I Used to Call Love" fulfills the creepy quotient. It's about a young girl who executes her dolls, by her brother's insistence. In a different vein is "The Only Ending We Have," which takes a (fictional) look at the body double used in Alfred Hitchcock's Psycho, who happens to be driving alone on a rainy night when she comes across a spooky motel.

There's three stories that I think really stand out. One is a sequel of sorts to H.P. Lovecraft's "The Shadow Over Innsmouth," titled "The Same Deep Waters as You," by Brian Hodge. This story finds a host of a TV animal show called upon to try to communicate with some creatures that are being held by the government. If you know Lovecraft, you know these creatures are very strange looking. It's even more creepy when you realize they were once human.

I also commend Tim Casson's "The Withering," in which a cynical reporter tags along as a kind of necromancer, carrying around the dehydrated husk of a small child, attempts to contact a murder victim to clear the name of her alleged killer. The writing here is fast-paced, but the spookiness is intact.

Finally, there's "The Soul in the Bell Jar," by KJ Kabza, about a young girl who is sent to live in her great-uncle's house. He's some kind of scientist, and what she finds in his rambling old house, well, let's just say that the title is literal.

All in all, Datlow has assembled an excellent collection.
Email Post 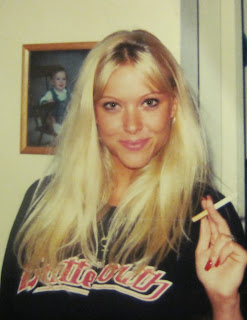